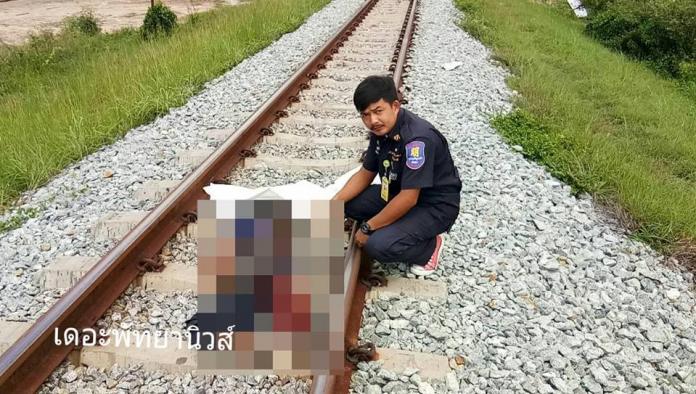 A 27 year old Thai man, Mr. Chan Promma, was found deceased on a set of train tracks in the Chonburi area at 5:00PM this afternoon.  This was the second Thai man hit by a train on the same section of track within a week, the other man survived as we reported on previously in the week.

The body was discovered by a Thai woman out for a walk in the area. Police and emergency responders estimated Mr. Promma had been dead for about 6 hours.

Police will be investigating the incident to determine if it was an accident or possible suicide. They will also be speaking to the conductor of the train in person. The conductor reportedly did not notice anything out of hand during his shift.