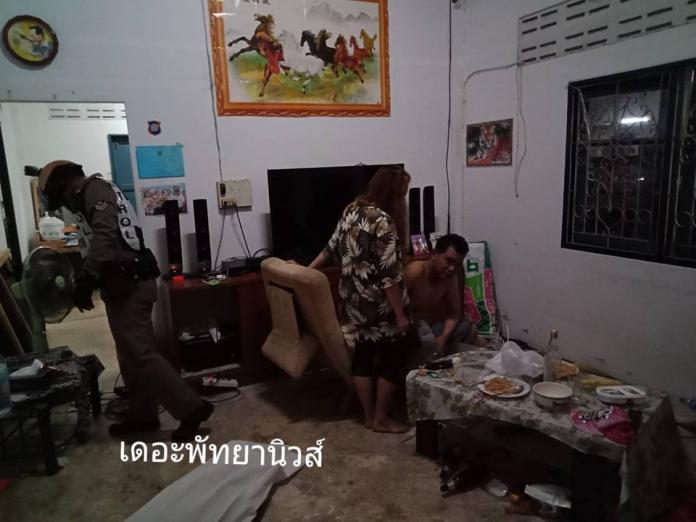 On September 20th, 2018, at 8:00PM, Banglamung area police were informed of a murder that took place at a home on Moo 5, Nongprue, Banglamung. 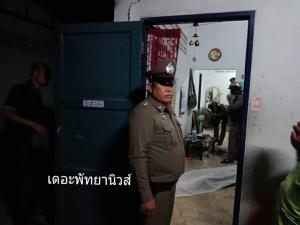 Upon arrival police and our reporters discovered the recently deceased body of Mr. Prapin Wongsawanichkit, 46. Additionally, the owner of the house and his wife, Mr. Nimit Khunmai, 42, were also present and had waited for police to arrive. The name of Mr. Khunmai’s wife was not available at press time. Both Mr. Khunmai and his wife were heavily intoxicated and police observed a finished bottle of Sangsom Rum on the living room table.

Mr. Khunmai’s wife told officials and the press that Mr. Prapin had been celebrating his birthday today and had come over for a small birthday gathering with the couple. They had been friends for many years, she stated. However, she states that as Mr. Prapin became drunk he began flirting with her which angered her husband. She stated that in a drunken rage her husband took a knife from the kitchen and stabbed Mr. Prapin to death over the alleged flirting. 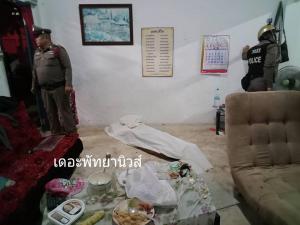 Mr. Prapin was too intoxicated to answer questions and was arrested on a charge of murder. His wife was detained at this time while police investigate the incident.