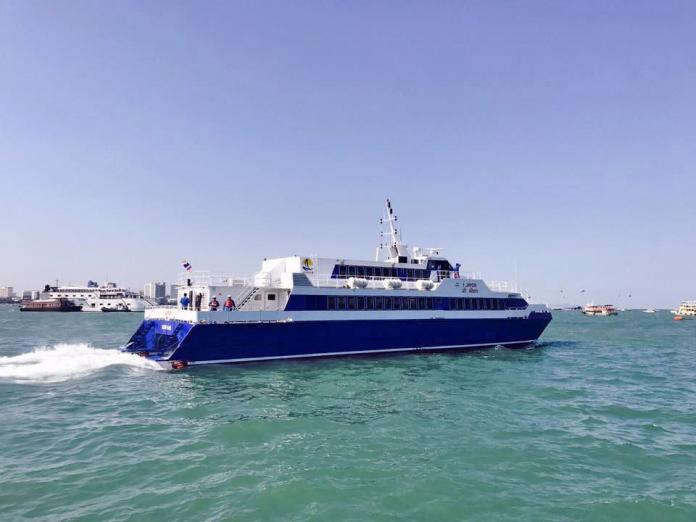 Less than two years after it opened with much fanfare, a ferry connecting the resort towns of Hua Hin and Pattaya has been suspended, a tourism official said Thursday.

“It’s currently a period of decreased tourism, or low season, so there are very few customers,” Orasa said. “Therefore, the company has halted its service from Sept. 20 to Oct. 31.”

She also said the suspension of services will affect tourism in Hua Hin. The ferry route concessionaire, Royal Passenger Line, should have used marketing campaigns during the low season to attract business, instead of suspending the services, she said. She stated they had little marketing or promotion for the ferry service.

Opened in January 2017, the ferry is run by a private company called Royal Passenger Line, a state contractor. With the ships, travel time between Hua Hin and Pattaya on the other side of the Gulf was cut from five hours to 90 minutes.