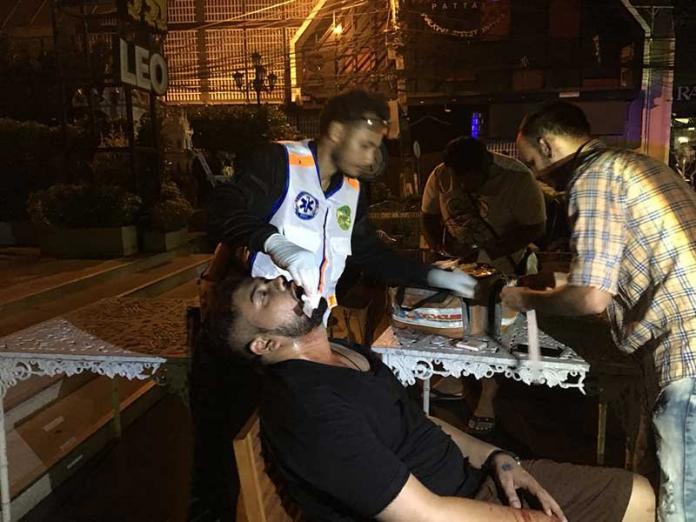 As we reported earlier in the day on our social media feeds an Indian tourist, Mr. Shashank Agarwal, 30, was involved in an altercation at a night club in which his lower lip was violently bitten by a Thai woman.

The woman, Ms. Sukanya Pafaek, 38, states that Mr. Agarwal, who was heavily intoxicated, approached her and several friends at Tony’s Indian Disco at 4:00AM during the early hours of September 20th and was groping and grabbing them without their consent. She asked him several times to go away and she stated he refused to do so, grabbing her arm and trying to kiss her forcefully. She stated to the police and our reporters that at this time she was afraid of the man and attacked him, biting his lower lip and causing significant damage.

Mr. Agarwal, who was treated by paramedics at the scene and brought to the hospital after the incident, told local police that he was minding his own business and did nothing wrong when the Thai woman attacked him out of the blue and bit his lip. Witnesses at the scene and treating paramedics confirmed that Mr. Agarwal was heavily intoxicated and in a state of shock. Police will wait until he sobers up in the hospital and is treated for his wounds for a full statement.

Police will also be reviewing CCTV footage of the incident before deciding if they will press charges. At this time Ms. Pafaek has been released on her own recognizance.