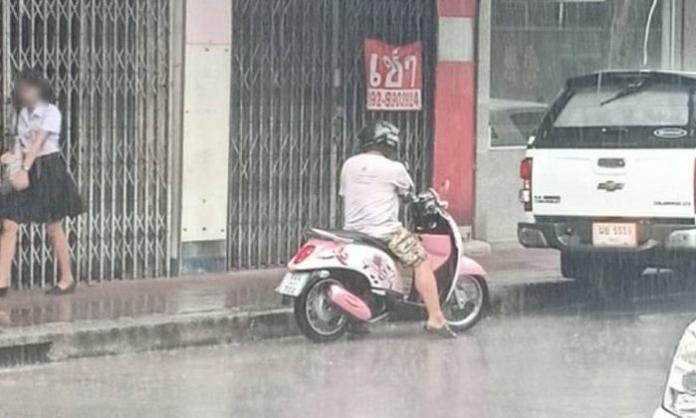 The girl was understandably alarmed by the situation and fled where she was followed by the man for a short distance. The person who filmed the video stated they yelled at the man until he drove away on his motorbike.

Police officials will be looking for the man based on the license plate of the motorbike.