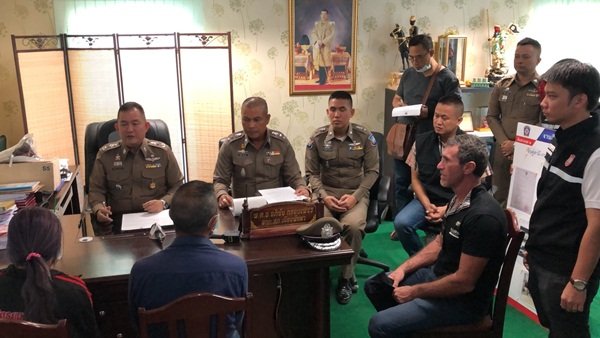 57 year old French expat Albert Cherif and his Thai wife, Nannapas Krawin, 31, took interest recently in 48 year old  Mr. Wirot Jandaharn’s Ford Ranger pickup truck when they saw it was for sale while staying in a condo in Pattaya.

Mr. Jandaharn trusted the couple and allowed them to take it for a test drive after speaking with them in person. However, the couple instead fled in the pickup to North Thailand where Ms. Krawin is from and sold the truck for 75,000 baht.

They were caught on CCTV going through a checkpoint in Sai Moon, Yasothorn on August 30th, 2018, after a longstanding search throughout Thailand. They had not altered the truck or changed it’s license plate.

Pattaya Police zeroed in on them but then discovered that they fled again after selling the truck to Ao Nang for a holiday with the money obtained from the sale of the truck.

They were traced to Ao Nang and captured in a hotel room and taken back to Pattaya for theft charges and evasion from authority. 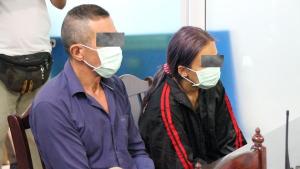 The couple claimed to investigators they thought Mr. Jandaharn had gifted the truck to them for free, despite them not knowing the man prior to the test drive. They claimed to not know who they sold the truck to. The police and Mr. Jandaharn were not buying their story and they are being held in Pattaya Remand Prison awaiting court dates. Officials also stated that Mr. Cherif will likely be deported from Thailand after the court trial and any prison sentences are completed.