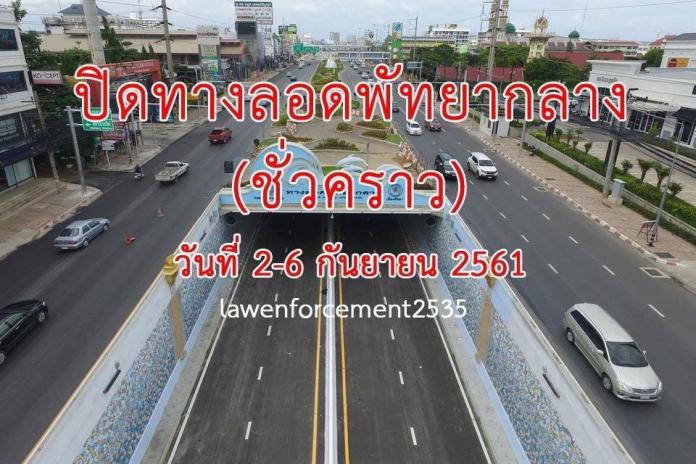 The authorities in Pattaya have announced a series of closures to the central area road tunnel on Sukhumvit Road at the start of September.
A pedestrian road bridge – with lift – is being installed, reported We Love Pattaya.
From Sunday Sept 2nd at 8am until midnight on Thursday Sept 6th the tunnel will be closed in the direction of Sattahip.
On Monday 3rd September from 8am to 4pm it will also be closed in the Chonburi direction.
On Thursday 6th from 8pm to 10pm installations of the bridge will be made.
On the same day from 10pm to midnight the section of road from under the Route 7 turnoff bridge to the end of Soi Siam Country Club will be closed.