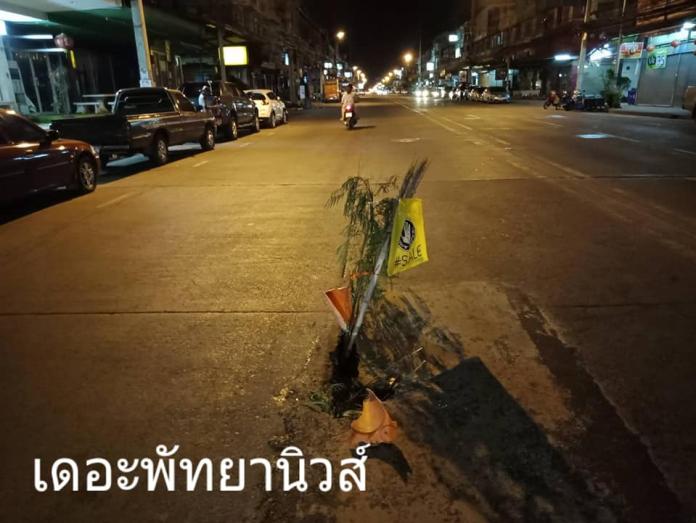 Concerned local residents and business owners who have been informing local authorities in Jomtien about a major and deep pothole located on a major road right near a major Jomtien intersection planted a small tree in the hole with a flag to draw attention to it. They also stated by doing so they wanted to warn Thai’s and tourists alike.

One of the residents who planted the small tree, who wanted to remain anonymous, stated that they have been complaining about the pothole for quite a while now and it only gets deeper, larger and more dangerous. There have been several accidents, he said, but luckily none serious and no major deaths or injuries-yet.

They hope that by planting the small tree in the road local authorities will take action quicker to repair the dangerous pothole. 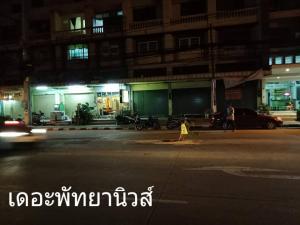