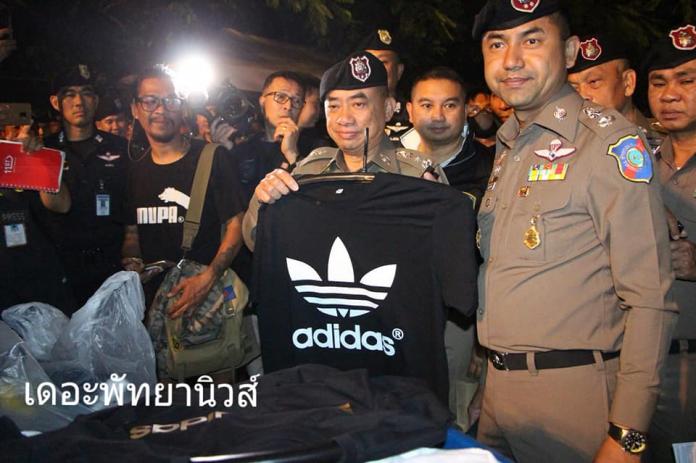 Starting at about 11:00PM last evening, Saturday night, dozens of police, government officials and Army raided the Thep Prasit Night market. The operation was led by Deputy Tourist Police Bureau Chief , Pol Major General Surachate Hakpan who stated it was a joint operation with US officials at their behest to stop pirated goods coming from Thailand.

Officials were shocked to discover over ten thousand items throughout the market on a mere cursory inspection, about four million baht worth, that were not original goods. They stated that tourists are hurting proper companies by purchasing these goods and that they should only purchase from licensed vendors.

The officials said the raids will continue across Pattaya and markets to ensure that pirated goods have no place in Pattaya. It is unclear if the owners of the market stalls were also detained or given legal action or their goods merely confiscated. It is also unclear what will happen to the confiscated goods.