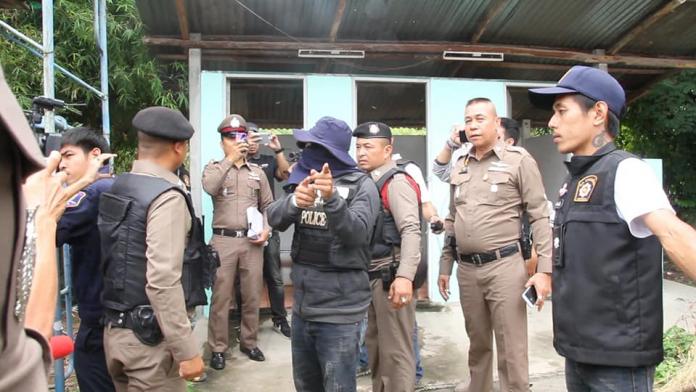 The head of the Chonburi police force had some strong words for the alleged mastermind behind the double execution style murder of a young Thai couple in front of popular tourist attraction Buddha Mountain this week which took place in front of dozens of tourists.

Speaking after the re-enactment of the activities of a man who gave information about the movements of the couple, Pol Maj Gen Nanthachart Suphamongkhon did not mince his words when referring to Phuket millionaire “Sia Uan”, a very powerful and connected Phuket Businessman known in Phuket as Mr. Fat. Mr. Fat has so far remained silent and his location is unknown in public about allegations of him arranging the hit on the couple after an alleged personal dispute.

“Bring all of the executioners and give yourself up. If you try to flee we will hunt you down – you can be sure of that.

“When we find you and if you resist arrest you will be shot”.

“Sia Uan” (Mr Fat) is the nickname of Panya Yingdang.

The chief also made an effort to reassure the public horrified by the execution style double murder in the car park at the popular tourist attraction in Sattahip near Pattaya:

“The public can have faith in the Chonburi police. We will arrest them all. It will all be honest, above board and according to the law.”

Earlier Daily News reported that Sayan Srisuk, 43, was taken to six locations in Pattaya and Sattahip as part of the reenactment of his role in the crime. He stated to the police he was one of a group of individuals, believed to be five in number, hired by Mr. Fat to murder the couple and provide information on their location. Despite prior reports, he was NOT the shooter and driver of the vehicle but was connected with the inner circle and provided information on the movements of the couple which led to their murder. He is cooperating fully with police. 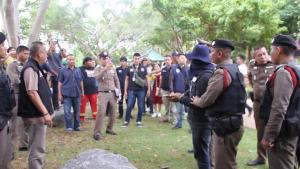 Earlier reports in other media suggested he was paid 20,000 baht for information concerning the whereabouts of the couple.

Attractive twenty year old Paweena Namuangrak and her friend Anantachai Jaritram, 21, a waiter in Nakorn Pathom, were gunned down Sunday in a hail of bullets in front of shocked tourists. They were on a tour of attractions around Pattaya as part of Paweena’s birthday celebrations. 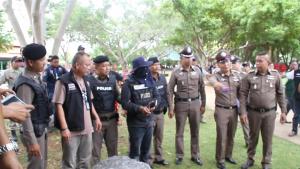 Paweena is believed to have had a relationship that she broke off with Panya, Mr. Fat,  who later sent her family one million baht even though they didn’t want it in an attempt to get her back.

The parents of Anantachai said that their son and Paweena were not lovers and merely good friends. They also stated that Anantachai did not know the situation between Paweena and Mr. Fat and was killed just for his association with her.

We will provide more information as we get it.