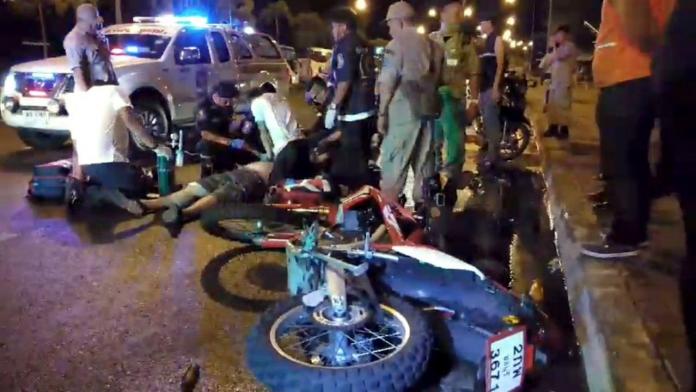 A Swedish tourist was fatally injured when his motorcycle collided with another motorbike on a Pattaya road early on Wednesday, police said.

The Pattaya police station was alerted of the accident on Jomtien 2 road in Tambon Nong Plue in Chon Buri’s Bang Lamung district at 12.30am.

The tourist, Tommi Nilson, 38, died on his way to hospital.

A witness, Nattharat Sainuch, 29, told police that the Swede sped past him, swerved right to avoid a car parked on the roadside and crashed into another motorcycle, sending him down and sliding on the road for several metres. It is unknown if he was intoxicated or on other substances at the time.

Nobody else was injured.