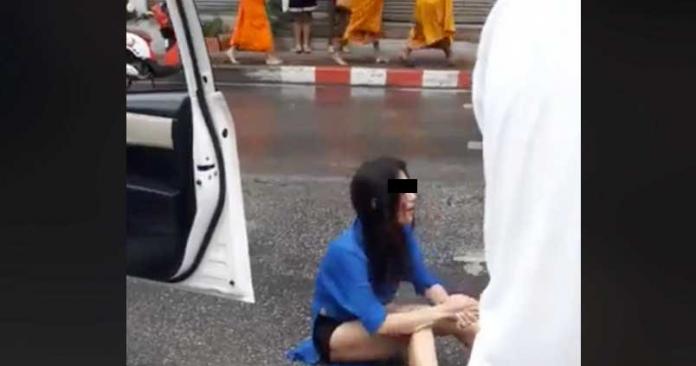 A seemingly highly intoxicated Thai girl in her white Toyota Altis with Bangkok Plates slammed into a taxi after wiping out about five motorbikes in early morning traffic around 8:00AM on Tuesday Morning on Central Pattaya Klang. It has been reported she was fleeing another accident a short time earlier on second road where early reports are saying she slammed into a food cart and killed a coffee seller. As the video shows, the girl was highly distraught and in a state of panic.

She was eventually arrested and brought to the police station.

We will provide further details as we get them. Nobody, including her, was injured at the scene of the second incident. Reports of the first accident are still coming in.