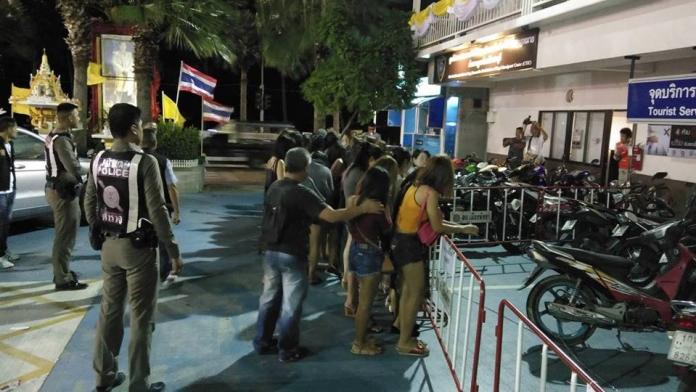 Pattaya Police on Thursday arrested over 60 suspected prostitutes who were hanging around on Beach Road.

Police spokesmen said they were cleaning up the cities image and said tourists and officials alike were shocked to hear that there were prostitutes in Pattaya which is a family friendly resort.

The women arrested were brought to the police station on Soi 9 and background and drug tests run on them. They were not fined, however were warned to find alternative work.

This is expected to continue through the weekend as the Pattaya Marathon takes place early Sunday morning and each year during the marathon the police and officials attempt to clean up the beach for the event.