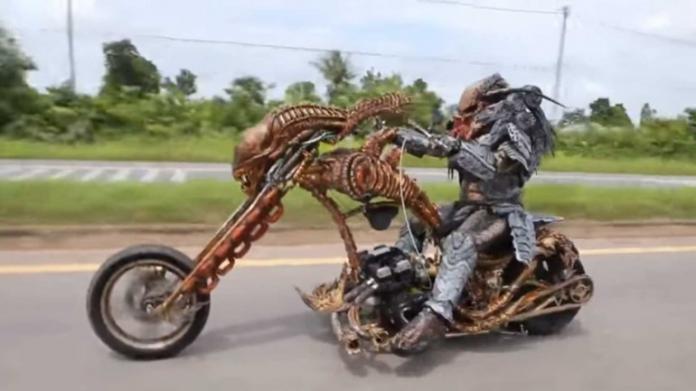 In just another day in Thailand motorists and daily commuters were shocked this week when the Predator, complete with a Xenomorph custom motorcycle made from the remains of his enemies, went for an afternoon ride down busy roads in Thailand for over an hour.

Despite many passerby and motorists snapping photos and giving the biker a lot of attention he remained calm, likely on the way to destroy his next victim. It is unknown why he did not turn invisible and instead chose to drive in public.

(Non tongue in cheek, a new predator movie comes out later this Fall and predators riding motorcycles have been part of the promotion in Thailand to remind people it is coming. Keep an eye out for the Predator driving near you very soon.)