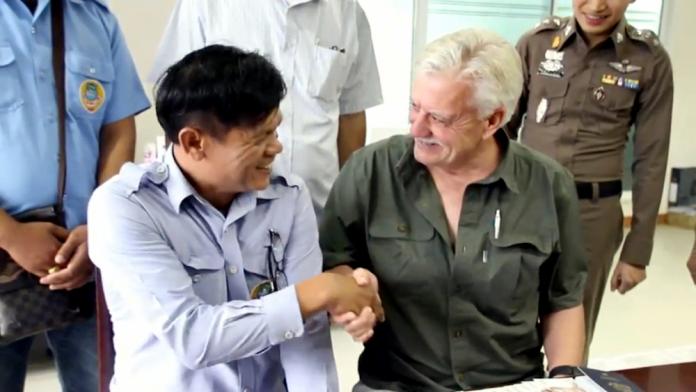 For the second time in a few weeks an honest citizen has returned a large amount of cash to a tourist, showing the honesty and respect of the Thai people.

Mr. John Edward, of America, left a bag with about 50,000 baht in cash in a taxi by accident in Pattaya when he was in a hurry a few days prior. The driver, Prawit Meepian, 48, took the bag to the Pattaya police station and worked with the Pattaya police to help find the man. The bag also had his passport, his credit cards and his American drivers license.

The police, with the help of immigration, discovered where the man was staying in Pattaya and made contact, bringing him to the police station to return his belongings in full and for a photo opportunity.

It is unclear if Mr. Edward provided a reward but he did state he would return to Thailand later in the year and loved the honesty and integrity of the Thai people. This was his first visit to Thailand.