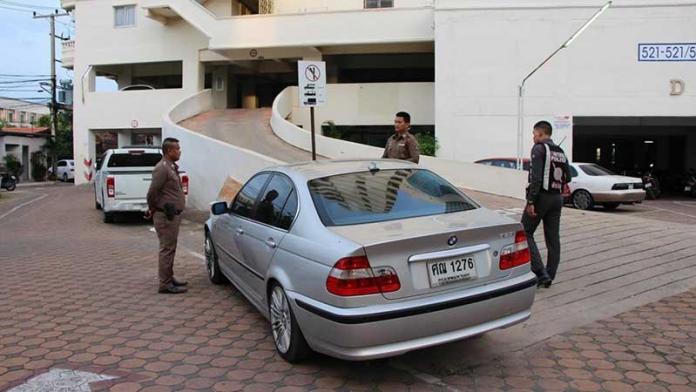 A so far unidentified man claiming to be a special forces Thai Police Officer threatened another driver at the Niran Grand Condo at 7am Sunday Morning.

Mr. Bansung Nanamchiaw, 47, was chatting with a friend at the condo through his car window and had had left plenty of room for other vehicles to pass. All of a sudden, a white BMW with license plates of 1276 starting honking his horn nonstop and then allegedly yelled at him and his friend that he was special forces and would kill them.

Bansung and his friend immediately called the police as the man continued to rant and rave at them. Both of them state the man was very intoxicated and could barely walk. When he saw they were calling the police and not intimidated the man abandoned his car and fled on foot.

When police arrived they searched the car and found what appeared to be a legitimate special forces police uniform in the rear. They are in the process of identifying the owner based on the plates and CCtv to determine if he is in fact a cop and locate him to press charges.