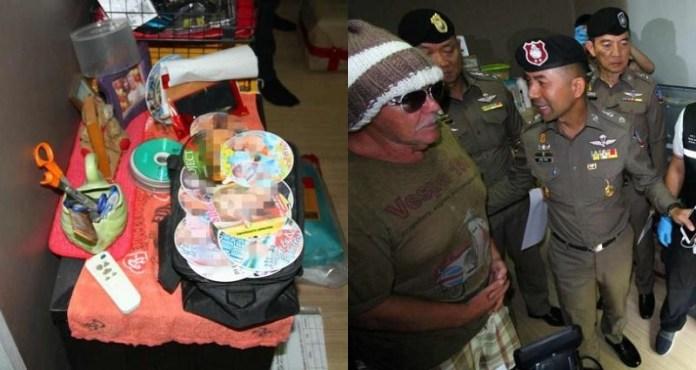 Mr. Python was arrested in his home where he lives with his Thai wife. He has been living in Thailand for over twenty years according to immigration legally.

Upon his arrest authorities searched his home and found 248 videos featuring children, many under the age of five years old. They also discovered thousands of photos.

He has been charged with possession of child pornography and faces 5 years in Thai jail and/or a 100,000 baht fine under Thai law. However, additional charges in conjunction with United States authorities and Thai enforcement are likely to come.

Due to his medical condition he has been placed under house arrest with law enforcement monitoring him.