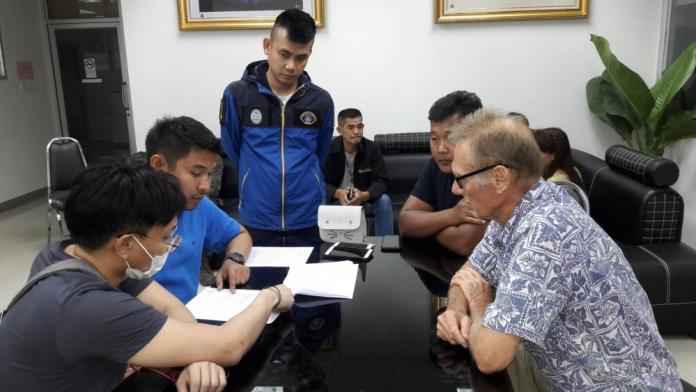 An American man has been arrested in a sting operation for allegedly running a online brothel service matching men in northern Thailand with Myanmar sex workers across the border, police said Tuesday.

Police said Kenneth Viggo Albertsen, a 66-year-old living in Chiang Rai province on a retirement visa, is behind a website and Facebook page called “Burmese Border Chicks for Hire” that sold sex with Myanmar women for 6,500 baht (US$200).

The business brought women to meet clients on the Thai side of the border in Mae Sai, and also offered to “guide” men into Myanmar for sex services, police said.

“He has been operating for at least 10 years,” Colonel Jirabhob Bhuridej, deputy commander of Thailand’s Crime Suppression Police, said.

Police said Albertsen was arrested after arranging for two Myanmar women, aged 25 and 18, to cross into Thailand and meet undercover officers who posed as clients at a hotel in Mae Sai.

He and the two sex workers, plus another Myanmar woman who allegedly helped arrange the meet-up, have been charged with procuring prostitution, which carries up to 10 years in prison. Additionally, American Authorities are interested in him and faces potential Sex Trafficking charges.

Women from Myanmar have long been victims of sex trafficking in Thailand, while rights groups have expressed fear that the poor country could be the next stop for sex tourists as it opens up after years of isolation.