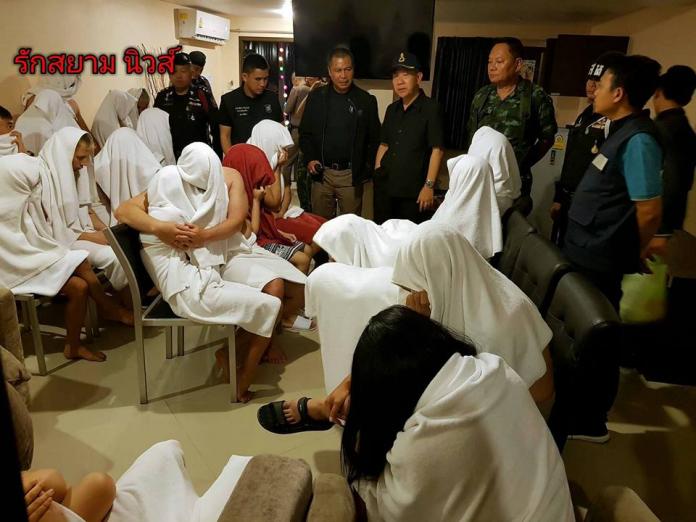 The penalty for not having a license is a jail time of up to one year, a one time fine of 20,000 baht and 10,000 baht a day. The police have calculated since the hotel has NEVER had a proper license that the fine will be 18 million baht.

The owner, a Chinese national by the name of Xeng-Chai Yang, 53, has been arrested and is currently in custody. Three hotel employees were also arrested and charged as accomplices.

Contrary to other reports, the foreigners arrested were NOT fined and were released after the police recorded their details and drug tested them with the exception of one foreigner who was on overstay who was sent to immigration for deportation and one who tested positive for drugs. The others were let go with no fines, charges or penalties.