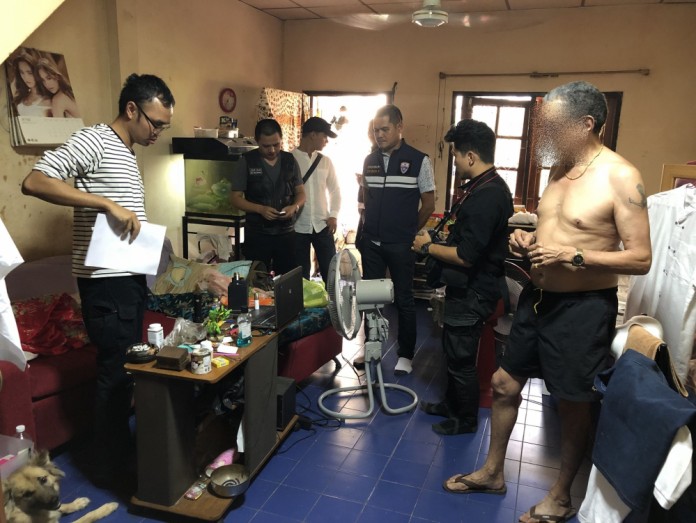 The arrest of suspect Rachid Abdel Kader, and the search of his house in Soi Rung Land in Southern Pattaya, involved a collaboration between the FBI, Thailand’s Department of Special Investigation and the Chon Buri Immigration Police.

Officers seized as evidence  pornographic photos and video clips of Thai girls allegedly found on Kader’s home computer and on multiple CDs which appeared to feature underage Thai girls and brought the man for interrogation at the Chon Buri Immigration Checkpoint Office.

Police officer superintendent Pol Colonel Songprod Sirisukha said Kader had spent the past decade in Pattaya after retiring. An FBI investigation recently discovered Kader had profited from downloading child pornography and sharing the materials within a group of other pedophiles and men from around the world.

The FBI then contacted the DSI and Chon Buri Immigration Police to make the arrest, Songprod said.

Officers were confident they had strong evidence against the man, and transferred him to the Muang Chon Buri Police Station for processing on charges of possessing and seeking to profit from child pornography. Mr Kader has denied doing anything wrong at this time.