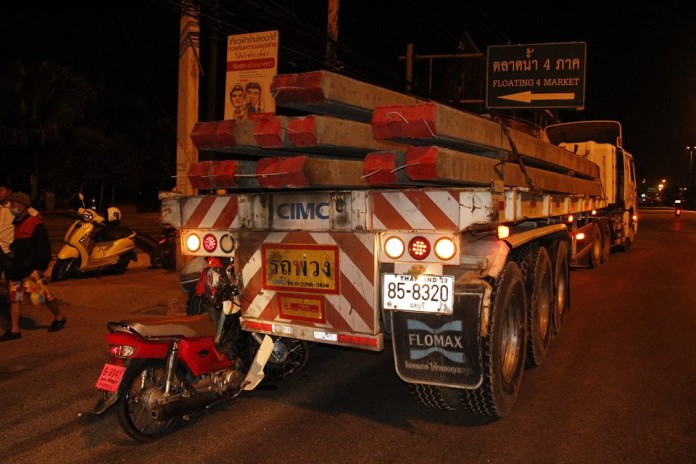 Early Wednesday morning near the floating market a teenager with dual US/Thai citizenship was killed driving his motorcycle at 100 KPH while racing a group of other teenagers. He crashed into a 22 wheeler carrying concrete posts at the high speed.  It is estimated that he flew nearly 100 meters.  The motorcycle was wedged into the back of the truck where the speedometer was stuck at exactly 100 KPH.

Witness Waraphat Inpong, 30, told police he had seen a large group of teens racing motorcycles along the road. They were weaving in and out overtaking on the right and left while racing at high speeds.

The victim failed to negotiate an overtaking move and crashed into the truck, he said.

Truck driver Romran Reuangrot, who was not injured, 38, is helping police with their inquiries and CCTV is being examined to get to the truth of what happened.

We here at The Pattaya News encourage you to drive safely.