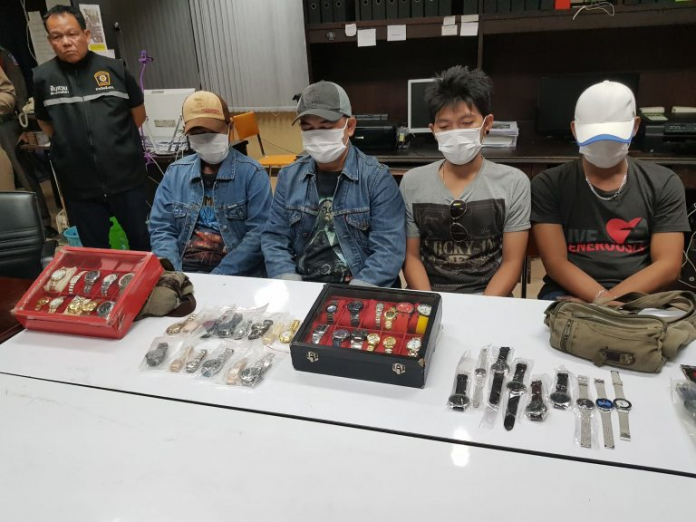 A group of watch sellers in the resort town of Pattaya were arrested Wednesday for allegedly starting a punching match with American soldiers in town for a joint military exercise.

The six vendors were charged with selling counterfeit goods. Two of them were charged with assault for the Saturday brawl – footage of which later surfaced on social media and drew outrage and fined 5,000 baht.

Police said the head vendor, Uthit Suthok, told investigators the group was hawking timepieces to six Americans on Saturday. The soldiers spent some time examining the watches before throwing them to the ground, police said at a Wednesday news conference after reviewing CCTV footage and speaking to several witnesses.

A heated argument broke out, and the vendors started fighting with the soldiers, police said.

The American soldiers were also fined 1,000 baht each for engaging in the fight, he said. Commanders and superiors of the soldiers would not comment on disciplinary action for this article but it is expected that the soldiers will get privately disciplined as well for instigating the incident by throwing the watches onto the ground and inciting the anger of the vendors.

We here at The Pattaya news suggest that if you don’t want to purchase a product from a vendor give them a polite no thank you and move on.