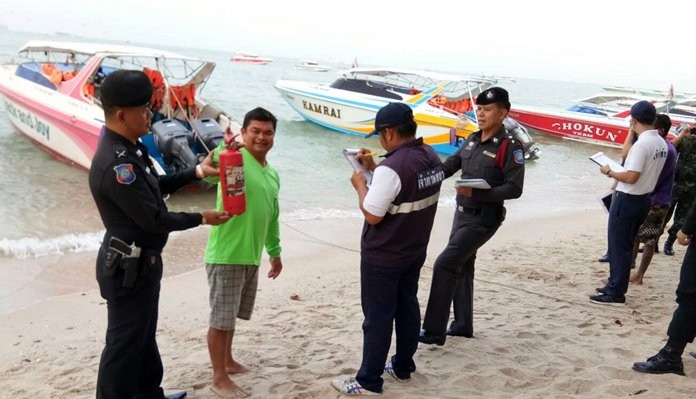 Specifically targeted were ferry services, speedboats, parasailing, banana boats and jet skis. Licenses were checked and watercraft inspected for seaworthiness and safety, as well as whether boats were carrying sufficient numbers of life jackets.

Initial checks resulted in the arrests of three Cambodians found working at a parasailing operation without permits. The boat owner was summoned to the Tourist Police Division office for questioning.

Overall, the Marine Department was pleased with the initial inspections and stated most operators were following set safety standards.